MEGAN AMBROSE holds a Bachelor of Music in Music Education from Seton Hill University. While living in Pittsburgh, she was a member of the Mendelssohn Choir of Pittsburgh, the a cappella group In Acchord, and a paid chorister with the Eastminster Presbyterian Church.  She moved to Myrtle Beach for a year and was a member and featured soloist with the Carolina Master Chorale and a paid chorister with the First United Methodist Church of Myrtle Beach.  Returning to the area in 2009, Miss Ambrose has been a cantor and pianist at St. Callistus Catholic Church, as well as co-director of the youth choir there. She teaches K-6 general music and 5-12 chorus in the Coudersport Area School District.

KATE BRENNAN is a 1999 graduate of Warren Area High School. She received her BFA in Metalsmithing and Jewelry Design from Edinboro University of Pennsylvania in 2003. After graduation, she completed a two-year artist residency at the Brew House Association in Pittsburgh, PA. In 2008, she received her MFA in Metalsmithing and Jewelry Design and in 2009 her BA in Art Education from Colorado State University in Fort Collins, Colorado. Following her time in Colorado, she worked as an art teacher at Beaty-Warren Middle School for two years. In 2018, she received her Ph.D. from The Pennsylvania State University in Art Education and Curriculum and Instruction. Her research interests include transdisciplinary art integration and rural, place-based education. Currently, Kate teaches 5th/6th grade at Saint Joseph Catholic School in Warren, PA where she instructs science, social studies, and religion. She also teaches metalsmithing and jewelry design at the Allegheny Center for the Arts in Warren, PA. In her free time, Kate enjoys hiking, reading, and spending time with her daughter, Hannah.

ALEX BURDETTE is a Youngsville High School alumni and graduate of Penn State University with a Bachelor of Music degree.  He studied flute performance and pedagogy with Dr. Naomi Seidman, and was previously instructed by Warren’s own Ann Mead while in high school. At PSU he was active in multiple chamber groups, the symphonic wind ensemble, and philharmonic orchestra.  Alex began his career of music making at the WCSMS, many years ago, and is thrilled to share the same joys and wonders of music with his students that he experienced as a young musician. 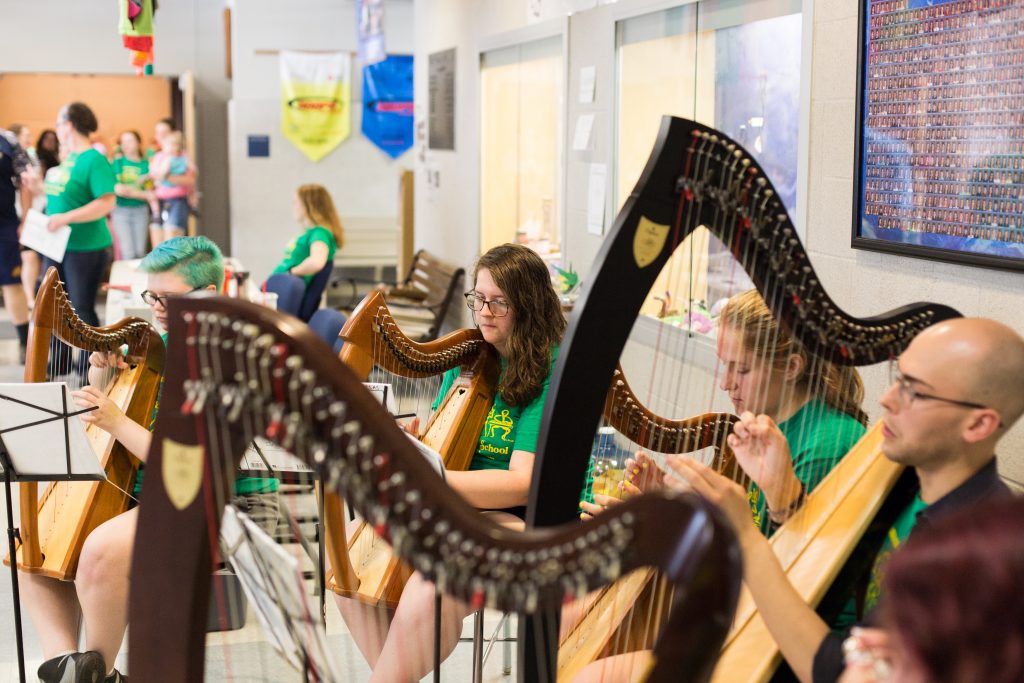 SARAH DIETSCH is a 2017 graduate of Eisenhower High School and a 2021 graduate of Slippery Rock University with a BFA in Dance with dual concentration in Performance and Choreography and Business Administration. While at Slippery Rock she has performed in a number of residencies, concerts, festivals and more. She was also a member of the Afro Colombian Dance Ensemble and received her 200 hour Yoga Teacher Training. She was a dancer at Linda Dies Dance Unlimited for 15 years and a member of the Molly Dies Dance Express Company for 9 years. The daughter of Andy and Dawn Dietsch, Sarah is excited to be a part of Warren County Summer Music School.

BILL ECKSTROM began performing as a musician in 1974. He has played locally and toured the mid- west and the west coast as well as working as a studio musician. He began guitar instruction in 1983. He has been teaching at Jamestown Community College since 1989. His courses include Beginning Guitar, Guitar 2, Rock Ensembles, Historical Survey of Rock and Roll and Musical Instrument Repair. He has also presented repair clinics across the United States. Bill is the Band Director at The Salvation Army in Jamestown, New York where he also gives guitar and brass instruction.

MIKKI GIFFORD – is a senior music education major at Mansfield University of Pennsylvania. Her primary instrument is trumpet, but she plays trombone in the symphonic band and mellophone in the marching band. She is a brother of the national honorary band fraternity, Kappa Kappa Psi, who provide service to the college band programs all around the united states. At school, she plays in the Concert Wind Ensemble, Orchestra, Jazz, Symphonic Band, Brass Band, and Marching Band. Mikki has been with Summer Music School since she was in 7th grade and she’s very excited to become a member of the staff!

TYLER HASLETT is an alumnus of The Indiana University of Pennsylvania with a Bachelors Degree of Science in Music Education. He has been a part of the Warren County Music School for 3 years as a college-level intern.  He has performed with the IUP chorale in Prague in the Czech Republic and Vienna Austria in 2018 and has also performed in several conferences such as the Pennsylvania Music Educator’s Association (PMEA) State Conference and the American Choral Director’s Association’s (ACDA) North Eastern Conference in 2017. He Graduated in December and is currently working as a substitute teacher for the North Allegheny School District in Pittsburgh Pennsylvania.

SARAH KORCHAK earned a Bachelor of Music Education from Mansfield University and a Master of Music Education from Ithaca College with a major in piano and concentration in vocal music. She has earned certification in Orff-Schulwerk, studied string pedagogy at Ohio State University and pursued interests in drumming and instrument repair through the years. She began her career in New York State, came to the Warren County School District in 1994, and is retiring in June after teaching music for 34 years. Mrs. Korchak enjoys new challenges and a variety of interests, and can’t wait to see what adventures await in retirement! She is active in her church as a music minister, and enjoys cooking, crafts and camping.  Cherished free time is spent with husband Tim, daughter Tessa, and black labs Lizzie and Bailey.

MARIANA MATHEWSON holds a Masters’ Degree from Northwestern University in Music Education and a Bachelor’s degree from Mercyhurst University with concentrations in Cello and Composition. She teaches Elementary General Music at Youngsville Elementary and is the band/orchestra teacher at Warren Area Elementary Center. She was first involved with WCSMS in 2016 as a college intern, and is thrilled to offer classes now as an instructor. Her main focus is in stringed instruments, but has vast interests in all areas of the arts. She teaches cello at Infinity Visual and Performing Arts in Jamestown, NY and is also a certified Music Together teacher. She enjoys making music with her friends, families and students!

ASHLEY MCLAUGHLIN is a former student, intern and as of 2014, the staff photographer for WCSMS. Ashley is an alumni of Youngsville High School, where she was actively involved with concert band, marching band, jazz band, orchestra, and a member of the pit orchestra for two All-County Musicals. Although Ashley did not pursue a career in music, she continued her education within the fine arts field and graduated from Robert Morris University in 2015 with a Bachelor of Arts degree in Media Arts with a concentration in Photography and a minor in Business. Ashley enjoyed being a student and intern during the Summer Music School program and now is pleased to inspire and teach young artists with her passion for the arts. This will be Ashley’s fifth year teaching Photography classes at WCSMS. 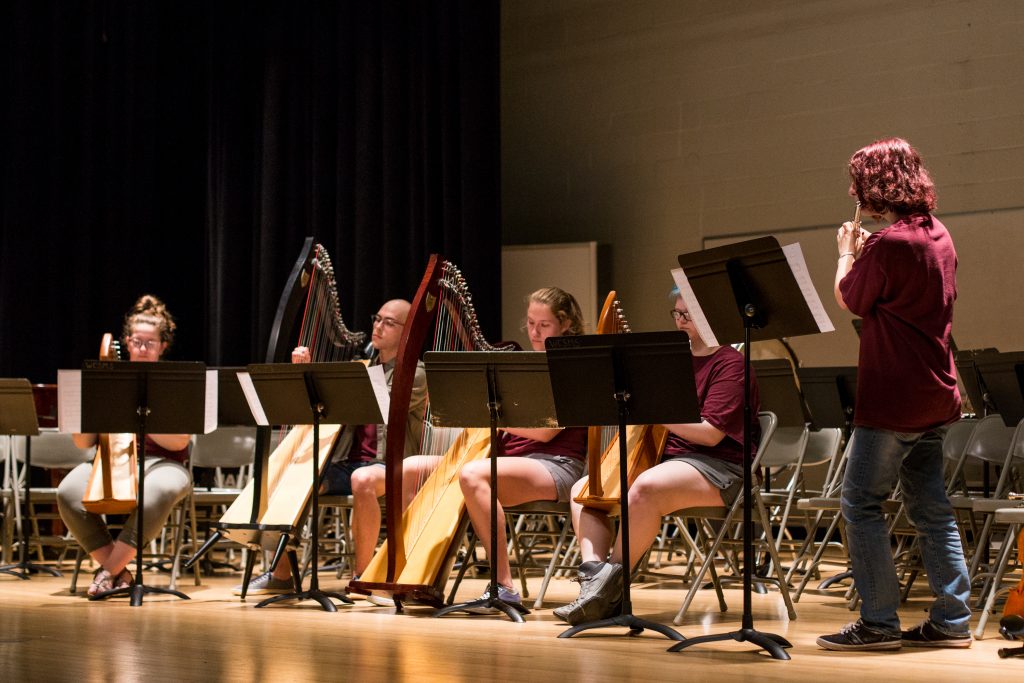 DENISE A. PEARSON earned her undergraduate degree in music education from Indiana University of  Pennsylvania and has pursued graduate study through several universities, including the Saratoga- Potsdam Choral Institute and University of the Arts.  Denise taught at YEMS and Eisenhower where she directed choirs and taught general music.  She is a member of PMEA (Pennsylvania Music Educators Association) and has been honored to conduct several PMEA elementary and junior high choral festivals. Mrs. Pearson is a performing member (flutist) of Warren’s Philomel Club and past recipient of its Music Teacher of the Year award. She served First Lutheran Church, Warren as Director of Choirs (vocal and handbell) for twenty-seven years and after a 10 year break as a ringer in the group, has returned to directing.

DEBBIE PENLEY graduated from Pittsburgh Technical School with an Associate Degree in Graphic Design. She grew up in a small town in Ohio, marching with her high school band her Junior and Senior years. She started her own business in 2009, selling hand-made ceramic ocarinas – flute-like instruments. The business has morphed over the years into sculptural pieces, and included a couple years of handmade soap, but has now become primarily focused on fiber art, and specifically nature-themed wool sculptures and animals. Besides crocheting and felting, Debbie also enjoys hoop-dancing, reading a good book, bike riding, and watching her 4 kids grow up way too quickly.

JESSALYN PETERSON is a former student and intern of WCSMS, and started her music career at WCSMS. Jessalyn is an alumni of Eisenhower High School (2014) where she was actively involved in the marching band, concert band, and orchestra. She is also a graduate of The Pennsylvania State University (PSU) with a Bachelors in Music Education degree (2018), where she focused in high school band instruction and flute studies. She studied flute and piccolo with Dr. Naomi Seidman at PSU, and while in middle and high school, Jessalyn studied flute and piccolo with former WCSMS director Ann Mead. While at PSU, she actively participated in the symphonic and concert bands, flute choir, and their collegiate chapter of Pennsylvania Music Educators Association (PMEA). Not only does Jessalyn play the flute and piccolo, she also plays the clarinet, cello, and ukulele.

Jessalyn is now the Band Director at Tidioute Community Charter School, teaching elementary, middle and high school band, piano skills, and 3rd-6th grade general music. She is also completing her Masters of Music in Music Education degree through The University of Florida with their online program. 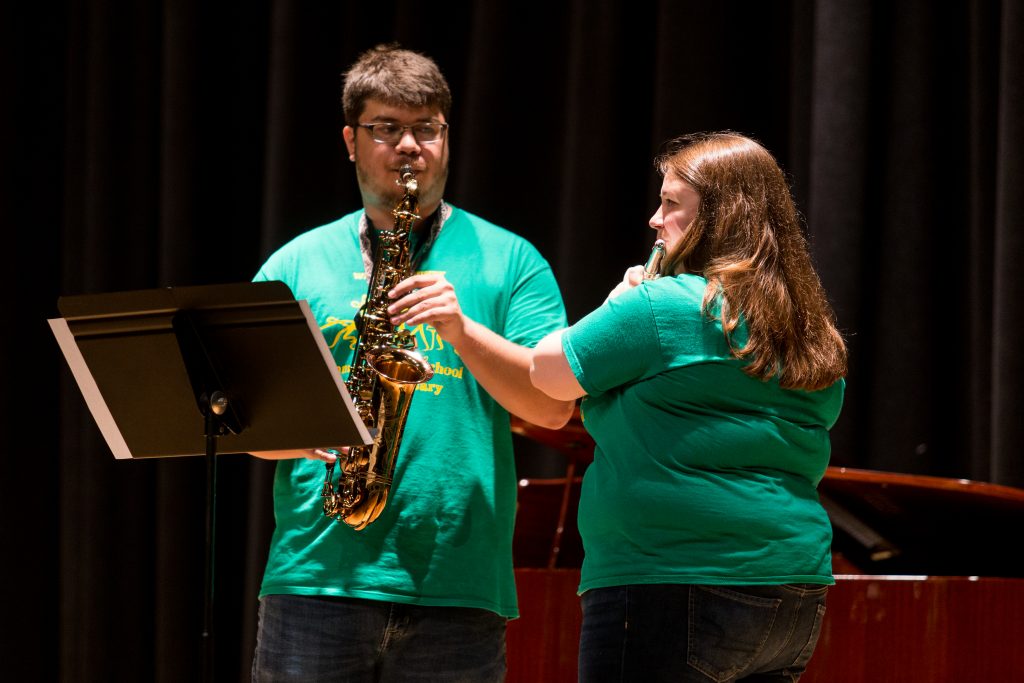 ASHLEE SPRANDLE was born and raised in Warren County, Pennsylvania. She received her BFA in Ceramics from Edinboro University in 2006. Throughout college she maintained a board position on the Student Art League and was the president of the EUP Clay Club. She has also had her ceramic work featured in student shows at the Edinboro’s Bruce Gallery and the Erie Art Museum. She was also published in the debut issue of Edinboro University’s award winning Journal of Art and Literature, Chimera.  After graduation, she moved back home to Warren County to teach art in the Northern attendance area and is currently teaching at Beaty Warren Middle School.  In her free time she enjoys traveling and spending time with her dog, Beatrice.